Do I Have Anything to Say? 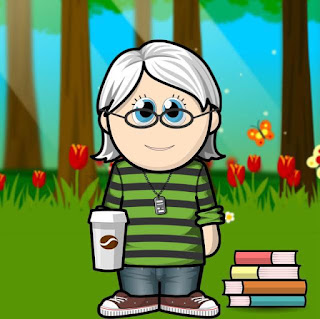 Last year I got to attend The Gospel Coalition Women's Conference. I was so inspired by the speakers and the music and the worship that I was feeling pretty jazzed about doing something for God. Something that I wasn't currently doing. And I thought that maybe writing a blog might be that something.

Don't take this the wrong way. I don't think I'm the female incarnation of Charles Spurgeon or that I have been touched by God in such a way as to make every pixel that proceeds from my keyboard a nugget of gold. I don't think any of that and, in fact, am closer to the "why would anyone read anything I write?" end of the spectrum. But here's the deal...

God gives each of us gifts and the reason he does that is so we'll use them (to edify the Church, further the Kingdom, bring him glory -- whatever, but first you have to use your gifts). I like to write and I write all right (yeah, I did that on purpose) and there is a reason why there is not only one book in the world or one author writing about Jesus or football or romance or gardening. Different writers speak to different readers and I'll allow that there's an outside chance that the way I write or the things I write about might speak to someone out there. I used to know that no matter what I wrote I'd have one reader -- Mom -- but that's not the point. The point is that I love Jesus and I want other folks to love him too. I'm flawed (and all my friends just said "Amen!"), but I'm redeemed. We are each a story penned by God, we are each image bearers, and because of that are worth knowing. So...I'll write.

I was talking with my friend Susan one late night at the conference about the possibility of blogging and she noted that there aren't that many blogs written by women my age (today is my 59th birthday -- I was a much more youthful 57 during our conversation). You can't log on without stumbling over a mommy blog, but for whatever reason there are many fewer empty-nester blogs.

So I came home and started a blog and...quit.

Why will this time be different? I don't know, to be honest. Maybe it won't be. But I read this article about older women the other day and one of the what-should-I-do? suggestions was this:

"There’s a void of women writing from the middle and later years, for reasons both varied and complicated—no doubt because life as an older woman is itself varied and complicated. Be it aging parents or rebellious teens or emptying nests, not everything we experience should be shared. But some can be. Start a blog, submit an article, or tweet your observations about life and gospel and kingdom. Tell your story. Your perspective is vital."

So there you go. My "perspective is vital."

I've actually been blogging for a very long time -- since 2003. On various platforms under various blog names. I used to blog a lot -- almost every day, sometimes multiple times a day. Then...Facebook. If video killed the radio star, Facebook did the same to a lot of personal blogs. My writing went from longer form to snippets (okay, sometimes I write too much on Facebook). And my blogging became worse than sporadic.

Because I've blogged for so long, though, I still walk through life thinking, "How would I write about this?" or "What a great blog post I could make out of that." I always used to say that I never knew what I thought about something until I'd written about it, and I still think that's true (which means I haven't known what I've thought about things for a while, I guess).

But here's the biggest thing: I want to share why Jesus matters starting with why he matters to me. I have wasted so many years running away from God or going through the motions or doing the right things for the wrong reasons and it's important to me not to waste the time I have left. As the above-linked article cautions, I don't want to forego the important things in life in pursuit of the inconsequential.

If I keep this up it will soon become apparent that finding balance is my biggest challenge. I want to focus on the important -- so does that means I need to stop watching "Everybody Loves Raymond" reruns? Do I have to give up fiction and only read the Puritans with an occasional Tim Keller thrown in as a beach read? I ponder things like this -- probably too much. And I'm not being serious. Okay, I am. Kind of.

The verse that I keep thinking about over and over is Ephesians 5:16 in the King James version: "Redeeming the time because the days are evil." And short -- the days are short. I am almost to the day twenty years younger than Mom was when she died (and, of course, I don't even have that guaranteed to me). When I was twenty that seemed like a boatload of time; now it seems like nothing. What can I produce for Christ in the next two decades if that's allotted to me? Will he bestow on me the oh-so-desirable "good and faithful servant" sobriquet when I see him face to face? Will I finish my race strong to the end?

The key, I think, is to wake up every morning and know that today is the day I must rely on God. Today I can do nothing without his grace. Today I have to preach the gospel to myself: I can do nothing of value in my own power -- he has done, is doing, will do everything I need. We are blessed to have been chosen to be God's instruments here on earth and everything else is froth.

So I'm going to give this a shot and we'll just see where we land.