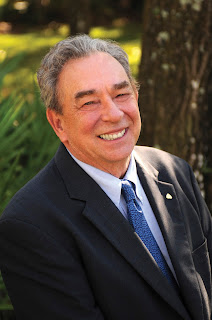 One thing I have noticed since Mom's death has been that other deaths hit me harder. I've cried more for people I barely knew in the last year than in the 58 previous years put together. Tonight I am crying for R. C. Sproul.

Well -- not for him, exactly. He needs no prayers. He is joyfully singing "holy, holy, holy" before the throne of Jesus. I envy Dr. Sproul. He is happy and free, no longer tethered to an oxygen tank, and in possession of his heart's desire: to see his Lord.

But I am sad for us. For me. I will miss this man I never met (but one day...one day). Two of his books especially have been so important in my life: Chosen by God, which helped me to understand, believe, and articulate the doctrine(s) of election and predestination, and The Holiness of God, which impressed upon me God's transcendence and my unworthiness. I am facilitating a study group at church right now based on his teaching series "Angels and Demons." There is a stack of his works on my to-be-read pile. My dream is to one day attend the seminary he founded, Reformed Theological Seminary.

Tributes and encomiums are pouring in: from Sinclair Ferguson, from Joni Eareckson Tada, from The Gospel Coalition, on and on. John Piper wrote his remembrance and it ended with this: "I will miss him (for a short while)." That made me cry all over again because it's true; in a few weeks John Piper will turn 72 and while he seems quite healthy and spry there is much more life behind him than ahead of him (excepting eternity, of course). So we'll be losing Piper somewhere down the road.

Of course everybody gets lost somewhere down the road. I just don't want anymore of that. Period. I understand that while a Christian ultimately has no fear of death, that doesn't mean we don't hate it. The Bible calls it an "enemy." It's not normal -- we were not created to die. But Genesis 3 happened and since then death has been a part of our world and will be until Jesus sets all things right. It can't happen soon enough to suit me.

If you have never read anything by Sproul I would suggest starting with The Holiness of God. I also led a class on a video series of Sproul teaching this material and we were so impressed by the awe he had for the Creator of the universe. When I think of Piper I think of a man in love with Christ and the Word and when I think of Sproul I think of a man utterly committed to the Bible and utterly amazed at the sovereign God. (Lots of overlap, of course.)

I'm getting old enough that I think I'm only going to start reading and listening to folks who are younger than me -- who are probably going to outlast me. (I'm kidding, of course, but only a little.)

I thank God for R.C. Sproul: for his life and ministry, for his complete devotion to Christ, and for the works that he has done that will continue to bless believers for many years to come.